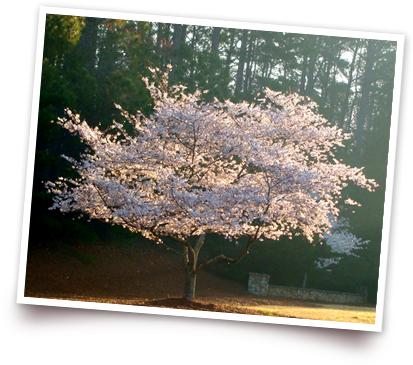 In Japan, the flowering cherry tree, or “Sakura,” is an exalted flowering plant. The cherry blossom is a potent symbol that illustrates the fleeting nature of life and represents the transformation of Japanese culture throughout the ages.

The cherry tree is a long-standing symbol of friendship between Japan and The United States that dates back to 1912. In fact, the 2012 National Cherry Blossom Festival specifically commemorated that 100th anniversary.

However, the history of cherry trees in the United States capital dates back even further. That momentous gift in 1912 came after decades of frustration.

1885: Mrs. Eliza Ruhamah Scidmore, upon returning to Washington from her first visit to Japan, approached the U.S. Army Superintendent of the Office of Public Buildings and Grounds, with the proposal that cherry trees be planted one day along the reclaimed Potomac waterfront. Her request fell on deaf ears. Over the next twenty-four years, Mrs. Scidmore approached every new superintendent, but her idea met with no success.

1908: Dr. David Fairchild gave cherry saplings to children from each District of Columbia school to plant in their schoolyard for the observance of Arbor Day. In closing his Arbor Day lecture, Dr. Fairchild expressed an appeal that the “Speedway” (no longer existing, but marked by portions of Independence and Maine Avenues, SW and East and West Basin Drives, SW, around the Tidal Basin) be transformed into a “Field of Cherries.” In attendance was Eliza Scidmore, to whom he referred later as a great authority on Japan.

1909: Mrs. Scidmore decided to try to raise the money required to purchase the cherry trees and then donate them to the city. As a matter of course, Mrs. Scidmore sent a note outlining her plan to the new first lady, Helen Herron Taft. Mrs. Taft had lived in Japan and was familiar with the beauty of the flowering cherry trees.

April 8, 1909: The day after Mrs. Taft agreed to accept the donation, Dr. Jokichi Takamine, the Japanese chemist who discovered adrenaline and takadiastase, was in Washington with Mr. Midzuno, Japanese consul in New York. When he was told that Washington was to have Japanese cherry trees planted along the Speedway, he asked whether Mrs. Taft would accept a donation of an additional two thousand trees to fill out the area. Mr. Midzuno thought it was a fine idea and suggested that the trees be given in the name of the City of Tokyo. First Lady Taft agreed to accept a donation of 2,000 cherry trees. 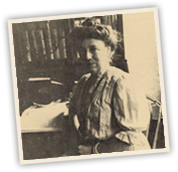 January 19, 1910: To everyone’s dismay, an inspection team from the Department of Agriculture discovered that the trees were infested with insects and nematodes, and were diseased. To protect American growers, the department concluded that the trees must be destroyed. The probable diplomatic setback was alleviated by letters from the Secretary of State to the Japanese Ambassador expressing the deep regret of all concerned. Dr. Takamine and the Mayor of Tokyo, Yukio Ozaki, met the distressing news with determination and good will. Dr. Takamine again donated the money for the trees, whose number had been increased to 3,020.

March 27, 1912: Helen Herron Taft and the Viscountess Chinda, wife of the Japanese Ambassador, planted two Yoshino cherry trees on the northern bank of the Tidal Basin, about 125 feet south of what is now Independence Avenue, SW. At the conclusion of the ceremony, the first lady presented a bouquet of “American Beauty” roses to Viscountess Chinda. Washington’s renowned National Cherry Blossom Festival grew from this simple ceremony, witnessed by just a few persons. These two original trees still stand several hundred yards west of the John Paul Jones Memorial, located at the terminus of 17th Street, SW. Situated near the bases of the trees is a large bronze plaque which commemorates the occasion.