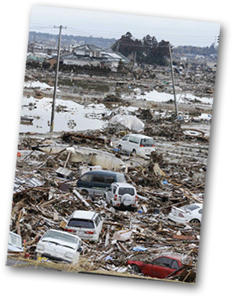 Alex Hara is a Japanese-born businessman living in Dayton, Ohio. When a catastrophic earthquake and tsunami shook his homeland in 2011, he watched the devastation on television helplessly from thousands of miles away. Though saddened by the events, he was inspired by the rapid response of the American military and the willingness of the American people to donate their money, products, and time to people half a world away.

This was the birth of the Operation 2000 Cherry Tree Project. 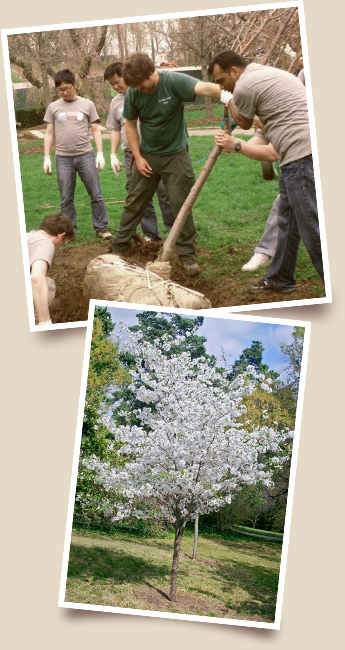 Why Cherry Trees?
A Message from The Chair

It happened on March 11, 2011. A massive earthquake and tsunami devastated Japan. The photos displayed on the television were totally unbelievable, and I felt as if I was watching a science fiction movie.

As a Japanese living in Dayton, Ohio since 1979, I still felt a strong affinity for my homeland half a world away. I was touched by the generosity of the citizens of the Dayton area in this time of crisis. Later, I learned that millions of dollars had been donated by the people of the United States, and that 20,000 service men and women were the first to arrive on the scene in the largest peace mission of U.S. military history.

I first conceived “Operation 1000 Cherry Trees” as an opportunity to give something back. The cherry blossom is a potent symbol that illustrates the fleeting nature of life and represents the transformation of Japanese culture throughout the ages. For the next several years, we purchased, planted and nurtured hundreds of cherry trees in the Dayton area. On October 30, 2017, we planted the 1000th tree on the grounds of the Dayton Art Institute.

And that was only the beginning

Operation 2000 Cherry Tree Project was born on that day and now our vision is to build the Cherry Blossom Trail of Dayton which begins at the Dayton Art Institute and will culminate at Historical Carillon Park.

The work has already begun! I ask you to join me in this effort, so the citizens of Ohio will always be reminded of the thankfulness of a grateful nation.